The Inexorable Rise of the Cheltenham Podcast

There’s now a common saying among racing pundits and fans that “all roads lead to Cheltenham”. It certainly wasn’t always that way, but the growth in stature of the Cheltenham Festival has made it the dominant focal point in the Irish and British jumps racing season. Sure, events like the Dublin Racing Festival matter, as do one-off races like the Grand National. But from November to March, every major jumps race is viewed through the context of what it means for Cheltenham.

And in recent years, we have seen the rise of the Cheltenham-focused podcast. Some podcasts, such as the Racing Post’s Upping the Ante Podcast, will start going out as early as November, whereas others will wait until the turn of the year as the excitement builds. Podcasts can come from racing media, such as the Racing Post and Racing TV, and various bookmakers will also release their podcasts, or sponsor others. Plenty of – let’s say amateurs – will also create their own podcasts, with varying degrees of quality (in terms of production and content) which you can usually find on YouTube.

Plenty of tips for Cheltenham 2022

The main focus is, of course, horse racing betting with a view to the Cheltenham Festival (15th-18th March). As we mentioned earlier, much of the focus of the jumps racing season, which traditionally runs from October to April, is viewed through what it means for Cheltenham. So, for example, if a horse wins the Tingle Creek Chase, a great race in its own right held in December, that is framed in how it impacts the Queen Mother Champion Chase. Or the King George VI Chase result (Boxing Day), for instance, will be discussed as to how it affects the Gold Cup betting markets.

As to the pertinent question: Are Cheltenham podcasts worth listening to? The answer depends on your relationship with horse racing. The popular podcasts are generally laid-back, insightful and fun. Something like the Road to Cheltenham (Racing TV), featuring Ruby Walsh and Lydia Hislop, has plenty of banter between the two hosts, and obviously Walsh’s insight into racing is going to be an incredible asset. Upping the Ante, with David Jennings and Gavin Lynch, is also lots of fun, and the two hosts, both of whom are racing experts, have the kind of easy rapport necessary for a great podcast.

However, the caveat is that you need to have a keen interest in horse racing, particularly jumps racing, to get the benefit. While Cheltenham is undoubtedly the highlight of the jumps racing season, the casual racing fan will not really take notice until the early spring. Asking anyone but the most avid racing fan to tune in before Christmas asks a lot of the listener. For those looking for some betting insight, nonetheless, the focus on value in the ante-post betting markets is a boon. Although, we would say that you should be sceptical of some of the amateur podcasts you find on YouTube when it comes to betting advice.

In the end, the remarkable growth of Cheltenham-based podcasts is down to both the popularity of the Festival and the growth in podcasts generally. The racing media and bookmakers know this is a fun medium to build the reputation of the Festival, and to create a sense of anticipation for it. Cheltenham 2022 is around 10 weeks away at the time of writing, but if you want to get an early taste of the action – tune into some of the great podcasts that cover the event in the coming weeks. 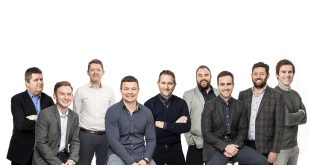 Home of Off The Ball, Ireland’s daily sports show.OTB AM – live Mon-Fri 7.30am Off …