Home of Off The Ball, Ireland’s daily sports show.OTB AM – live Mon-Fri 7.30am Off The Ball – Mon-Fri 7pm, Sat+Sun 1pm live on YouTube

EXPLAINER: Yet more chaos at Dundalk as Shane Keegan steps away as manager | OTB 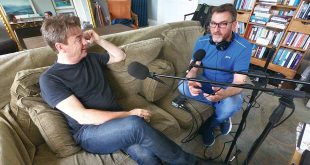 The aim of The David McWilliams weekly podcast is to make economics easy, uncomplicated and …