Master Of None Podcast

This Podcast is an average man’s thoughts on sports, varying from Rugby to Basketball. With some very interesting guests

A chat with Abraham Papali'i.

Rugby recap - Connacht get a rare win in Thomond and Leinster do enough against Ulster.

A chat with Connacht's Niall Murray and Cathal Forde

Champions/Challenge Cup Recap and a therapy session for Connacht fans.

Pro14 final Recap, Super Rugby Aotearoa and a look ahead to Connacht's game against Leicester.

Paul Mullen of the Utah Warriors ahead of the opening weekend of the MLR.

Share
Previous The Old Galway Diary podcast with Ronnie O’Gorman and Tom Kenny Podcast
Next Looking for an Irish rental? 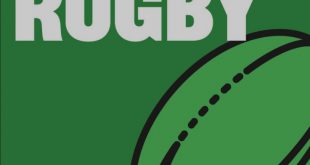 Introducing ‘OTB Rugby’ – the home of Rugby from Off The Ball and OTB Sport, …