The best animation podcasts to listen to in 2023

The podcast genre is filled with a huge selection of different productions that cater for a wide variety of interests. From crime and politics to comedy and sport, there is a podcast product out there for everyone, it’s just a case of finding it in what has become a rather saturated space in the last few years.

For animation lovers in particular, there are a number of emerging podcasts that are gathering momentum heading into 2023. Some podcasts feature industry professionals who have played their part in a number of animation movies, while others might assess how animation can be blended with gaming to create products like the Reactoonz casino game, a release that takes gamers on a wild adventure that is filled with “alien blobs”. There are even animation podcasts that highlight some past classics, such as Snow White and the Seven Dwarfs, for any older listeners among us who might’ve watched the 1937 production as a child.

Whatever area of animation you’re interested in, there is most probably a podcast out there that will tickle your fancy. So, with that in mind, let’s take a look at some of the best animation podcasts to listen to in 2023.

One for Disney lovers in particular, DIS-Order: Every Disney Film takes listeners on a chronological journey through the ups and downs of every animated feature film produced by Walt Disney Animation Studios. The Disney brand has certainly impacted the animation genre, making Andy, Hunter and Michael’s detailed assessment of it an incredibly fascinating experience.

Since recording its first episode in 2015, Overly Animated Podcast has risen up the animation podcast ranks to become a go-to favourite with many animation lovers. With new podcasts being released every Wednesday, you’ll have something to listen to during the week. From modern-day products to past favourites, the people behind this particular option are clearly passionate about all things animation.

Put together by two experts in the field, Fantasy/Animation is well worth listening to. Each episode focuses on fantasy cinema and the medium of animation, as both Christopher Holliday and Alexander Sergeant share a number of interesting theories and facts around this hugely detailed genre. Both podcasters have knowledge in this particular area, with Christopher Holliday being a researcher of animation history and digital media at King’s College London, while Alexander Sergeant is a Lecturer in Film and Media Studies at the University of Portsmouth.

If you’ve heard of or even stumbled across Stephen Brooks’ work before, then RubberOnion Animation Podcasts will surely appeal. Even if you aren’t aware of this Brooklyn-based animator’s offerings, his tutorials and live events will provide you with a detailed dive into a world he clearly knows so well. 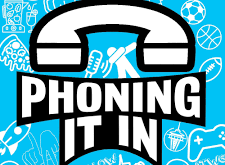 Every week, four friends from different parts of the country come back together to use …